After 15 Years, He Still Likes Me

At 22, I arrived at my first job fresh out of college with a degree, cheap clothes, big dreams, and little else. Happy to have work as a feature writer at a small daily newspaper, I settled into what I thought real-world living was. I found my own apartment in a dingy area of town, made my own meals, paid my bills, and still had a taste for fun and freedom. I figured if I got married, I’d be 30.

The serious dark-haired reporter who covered the cops and courts beat changed that. His deep voice carried across the newsroom. He didn’t have time to goof off. He was always on deadline or rushing to crime scenes or court.

Four months after I started my job, we were engaged. We had become fast friends. It wasn’t a storybook romance. It was more like we saw each other at a party from across the room and thought, “There you are. I’ve been looking for you all my life. Let’s get out of here.” 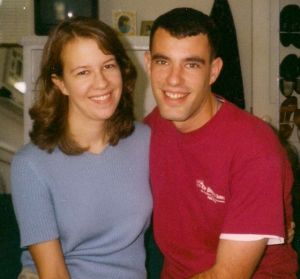 Fifteen years later, here we are, a boring couple with two kids living in the suburbs. He works. I stay home. We live the American dream. We’ve had little drama. Frankly, I think it’s a good life. We laugh, we wrestle, we get on each other’s nerves, we ignore each other, we taunt each other, we get each other.

For fifteen winters he has put up with two pairs of socks on my feet, ugly flannel pajamas, and a sticky plastic strip across my stuffy nose to help me breathe. Nostrils flared, I look like a proud pig coming to bed but he doesn’t say anything, though he does roll the other way.

He puts up with the used tissues I leave all over the house year-round and the fact that I make him clean the unidentifiable objects from the back of the fridge. I suffer with the fact that he refuses to throw certain clothing away when it is so riddled with holes a moth wouldn’t touch it. I made a pact with him early in our marriage that I would never throw his things out without asking. And I don’t. I did not, however, say I wouldn’t nag about those items—or his box collection in the garage.

We’ve been through times when I wondered if we’d ever be the same happy couple again. Nights when our young son wouldn’t sleep, my word, there were hundreds of nights. But somehow when the sun came up, we always saw things differently.

When you’re young and stupid and you’re mumbling those wedding vows in utter fear, you know you mean them, but after fifteen years you understand them with all your heart. The honeymoon ended long ago, awkwardness replaced with being too comfortable in human skin. If something itches, you scratch it. My husband has held my hair for me while I puked, put ice packs on my head to ease migraines. He’s helped me through stomach disorders that I never wanted him to witness. He probably saw things during childbirth that I don’t want to know about.

That’s when you know you’ve got it good. Between all of that and those sticky nose strips, he loves me anyway. 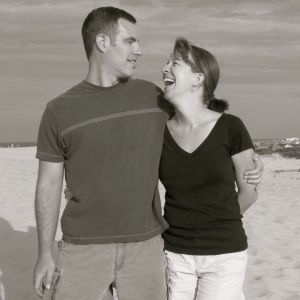